Previous investigations at a natural gas compressor station in Pike County, Pennsylvania confirmed the presence of PCBs in paint, concrete and sediment in several locations throughout the site. In 2010, the client hired AGES to perform a supplemental characterization to identify the nature and extent of PCBs and to evaluate the appropriate response actions. Based on the results of this effort, AGES proposed further action to address PCBs in the Compressor Building and Office/Garage. Due to PCB impacts and deterioration, the client determined that the best course of action would be to dismantle the buildings. Therefore, AGES was contracted to oversee the demolition activities, manage waste and collect confirmation samples.

Prior to structural demolition of the Compressor Building and Office/Garage, the asbestos containing material (found in windows, panels, and doors) was removed. Afterwards, pipes, tanks, compressors, tools and equipment that could be removed from the buildings were placed into roll off boxes for disposal.

Demolition of the above-ground structures was completed by first removing the siding and roof panels from each of the buildings. These components were carefully removed so that any loose, PCB-affected paint would remain intact. Then, the building’s structural steel was dismantled from the roof down.  Finally, the engine and pedestal from the Compressor Building were placed into roll off boxes for proper disposal at an off-site disposal facility.

To reduce transportation and disposal costs, building components were classified individually for off-site disposal. This was based on the sampling that was completed prior to demolition.  AGES maintained a safe work area, segregated the waste for disposal, and ensured the waste was properly disposed of.

In the end, the building was safely demolished on schedule, within budget and to the client’s satisfaction.

For more information on PCB assessment and remediation, visit us at 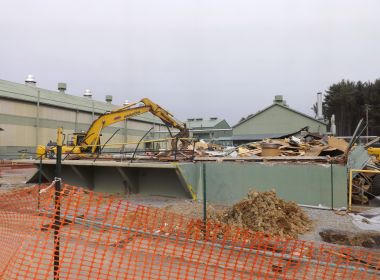 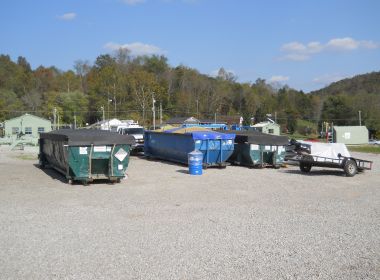